Our core curriculum in Module One consists of a series of original sessions meant to provoke critical thinking and closer engagement amongst the cohort. Impacts of Globalisation is our starting-point, and reflects how GIFT broadly frames today’s drivers of change in the world. This is a discussion that goes far beyond economics.
We hope you enjoy our latest blog post which looks at how globalisation goes far beyond issues of trade and finance, and what this means for leadership development.
The session Impacts of Globalisation kicks off the core curriculum of our Global Leaders Programme.
The purpose of the session is to challenge the often-narrow outlook on globalisation held by participants — mostly high-potential business managers — and expose them to different ways of understanding the associated effects, challenges and opportunities.
When asked to define 'globalisation' in small breakout discussions, many answers tended towards the usual buzzwords: "convergence," "connectivity", "borderless", and so on. References to iconic American multinational companies like McDonalds and Starbucks were made. Most participants assumed that economic globalisation is an unreservedly positive phenomenon.
But is there more to globalisation?

Globalisation has become a buzzword over the past two decades. Commonly defined as “the acceleration and intensification of economic interaction among the people, companies and governments of different nations”, this contemporary, business-oriented understanding views globalisation as the inevitable and universal march of progress.
This understanding, however, fails to include the many mechanisms where we see cross-cultural influence and integration, including historical, cultural and non-commercial elements. If we are to fully understand globalisation, we must look beyond the definition conveyed in traditional mainstream media and Western business schools.
First: globalisation is not a new phenomenon. Some see globalization as a late 20th / early 21st Century phenomenon, happening alongside the end of the Cold War and the rise of the Internet. Others see it as a post-World War II event, with the implementation of the GATT and the WTO to ease free trade between countries.
However, cross-border integration and interaction have happened throughout history. The Silk Road, first the land route over Central Asia, then the maritime route through Southeast Asia and the Indian Ocean, connected East and West. The Atlantic Ocean saw its own intercontinental trade routes (involving the inhuman slave trade, with ships bound for plantations in the Americas). Finally, the Pacific Ocean saw the exchange of Chinese goods for Mexican silver, carried by Spanish ships.

Globalisation has happened before, as shown by this quote by economist John Maynard Keynes

The inhabitant of London could order by telephone, sipping his morning tea in bed, the various products of the whole earth, in such quantity as he might see fit, and reasonably expect their early delivery upon his doorstep.

This matters because globalisation is far older than the current economic system. One can have global economic integration without the particular geopolitical and economic structure of the 21st Century. Also, just as important is the fact that the world has often “de-globalised”: globalisation is not necessarily inevitable or stable.
Second, the rapid advancement of technologies and transportation is going hand in hand with a greater movement of people, capital, ideas, information and goods around the globe. Globalisation is much more than just “free trade”, or market liberalization.
If we take a broader view of global connections, what events might we consider as part of “globalisation”? 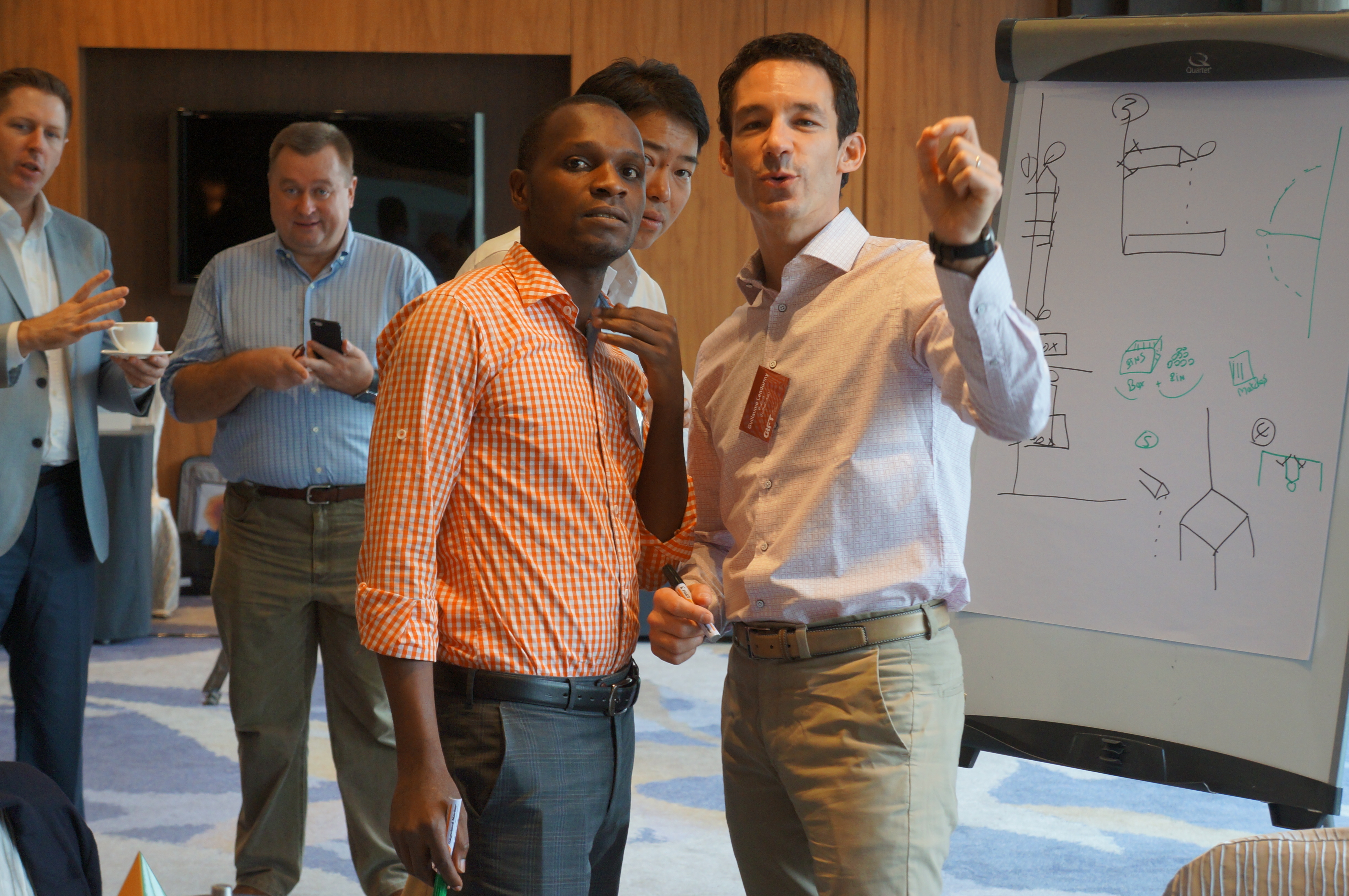 Participants on the 2016 Cambodia Global Leaders Programme during Module One.

Globalisation captures more than just capitalism and growth, spreading to almost every aspect of human life, from political and social norms to cultural and spiritual values. Non-economic globalisation, much like economic globalisation, has both positive and negative effects. For example: globalisation has added to the “cultural capital” of the world’s major cities, which can now tap into global flows of people, ideas and culture. But this has diminished the cultural value of small towns and the countryside; this has contributed to the anti-globalisation backlash seen in many countries today.
Up until recently, these more nuanced takes on globalisation were ignored in favour of a simpler, “feel-good” narrative about the benefits of economic integration and re-regulation. To avoid making the same mistake, business leaders of the 21st Century must acknowledge that globalisation goes beyond economic growth, and recognise how the actions of themselves and their companies have unintended consequences under this complex, intertwined global system.

5 leadership lessons from the pandemic you shouldn’t miss

Unleashing Your Potential, Pt. 1: The Power of Individual Mindsets

How To Think About Hidden Costs in the Pandemic

This website uses cookies to improve your experience while you navigate through the website. Out of these, the cookies that are categorized as necessary are stored on your browser as they are essential for the working of basic functionalities of the website. We also use third-party cookies that help us analyze and understand how you use this website. These cookies will be stored in your browser only with your consent. You also have the option to opt-out of these cookies. But opting out of some of these cookies may affect your browsing experience.
Necessary Always Enabled

Any cookies that may not be particularly necessary for the website to function and is used specifically to collect user personal data via analytics, ads, other embedded contents are termed as non-necessary cookies. It is mandatory to procure user consent prior to running these cookies on your website.